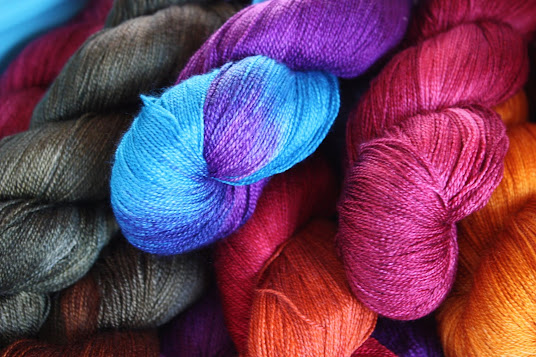 There are so many famous fiber lovers! I thought it would be fun to start a list of celebrities rumored to be knitters or crocheters.  I have decided to make this a category, and I plan to do more celebrity posts at a later date.  You can subscribe to my email newsletter and be notified of new blog posts so you will know when new fiber lovers are added. I would love to hear about your favorite fiber lovers in the comment section so I can include them in the next post!

Was a knitter. If you don't know who Audrey Hepburn was, then first you need to Google her and read about her.  She was amazing.  A  humanitarian,  a dancer, a model, and an actress.  Also, you should watch Breakfast at Tiffany's. She knitted an awesome red sweater in the movie.

The current queen of the United Kingdom has been photographed knitting during WWII.  So grab some knitting needles while binge watching The Crown on Netflix.

Actress-Pretty Woman, Steel, Magnolias, Step Mom, Erin Brockovich and more.  She loves to knit. She even took her knitting with her to the Golden Globes.

Plays Jessica Jones on Netflix, and knits all kinds of awesome things. She even taught costar Charlie Cox how to knit while working on the Defenders.

Actor - PlaysDaredevil on Netflix.  He was taught to knit by Krysten Ritter.  He was also in Stardust,

Actress, philanthropist, icon, and knitter.  She was in many movies, as she started acting as a child.  Her filmography includes Cleopatra, Cat on a Hot Tin Roof, She was an Academy Award and Golden Globe winner. She was an activist for AIDS/HIV.

Actress. Probably most well known for her role as Marion Ravenwood in Indiana Jones and the Temple of Doom. She designs her own patterns using knitting machines. She does absolutely gorgeous work! There is a great video about her work here.

Famous for Wheel of Fortune. She crochets and even has her own line of yarn, Lion Brand's Vanna's Choice!

This amazing first lady was rarely seen without her knitting! There is a great article about her at The Knitting Needle and the Damage Done.

Actress. Learned to knit as a child.  She has been in so many movies including The Secret Life of Bees, and War of the Worlds. She is most recently starring in the tv show The Alienist.

Comedian and a knitter.  She co-wrote the knitting book Knit 2 together with Mel Clark.

Knitter. This Grey's Anatomy actress has been spotted by paparazzi at yarn shops.  She has a wonderful crafting blog that you can read here.  I got quite distracted working on this post by her Pinterest boards.  She has a fabulous Pinterest account.

Knitter.  Actress probably most well known for  her work in Mad Men.

She was an amazing actress, and a knitter.  Her work is impressive with multiple Academy Awards.  I recommend watching Bringing up Baby if you haven't seen it.  It's absolutely hilarious.

Actress from Thor and 2 Broke Girls is also a knitter.

Actress from Mama Mia is a knitter.  Here is a really fun video of her giving Ellen DeGeneres a hat.

Was an amazing actress that was popular in the 1930s and 1940s.  She is most known for her role as Nora Charles from The Thin Man movies.

From Star Trek Generation is a knitter based upon this picture.  I love the expression on his face.

Plays Castiel in the CW's Supernatural and he is a knitter.

Actress and musician.  She shares a photographs of her knitting via Instagram.  Her knitting looks fabulous! 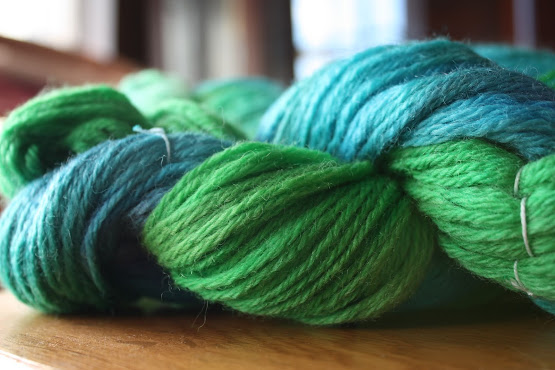 How to Dye Yarn in the Microwave: The Ziploc Bag Method 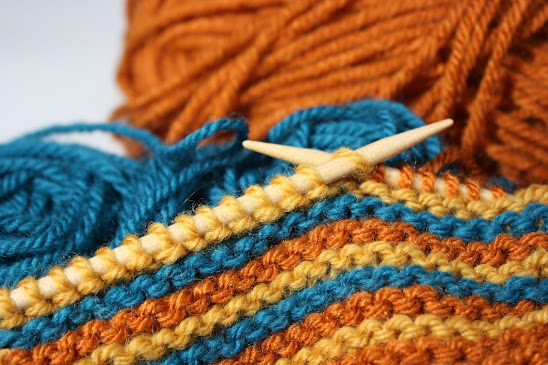 Frugal Knitting and Crocheting: How to Keep Creating When Money is Tight!